Jack Estes is the author of an award-winning screenplay that was turned into a novel, A Soldier’s Son. It is the follow-up to his critically-acclaimed memoir, A Field of Innocence, which recounts his experiences in Vietnam.

His articles and essays have appeared in Newsweek, Wall Street Journal, Chicago Tribune, LA Times, San Diego Tribune, The Oregonian, and many publications.

Estes is a United States Marine Corps veteran who served in Vietnam in 1968-1969, the bloodiest years of the long war. He was wounded and decorated for his heroism.

In his tour of duty with the 3rd Marine Division he was stationed close to the DMZ, Quang Tri and Con Thien. Subsequently, with the Second Combined Action Group, he was part of squad of 10 Marines who lived with villagers, protecting them and acting in liaison with the Vietnamese militia.

After the war, he returned home at age 19. His child was born while he was in Vietnam; however, several months after coming home his marriage ended. Thirteen years later he married Colleen O’Callaghan, who helped him deal with his PTSD. In 1993, they launched the Fallen Warriors Foundation, honoring the sacrifices of American soldiers and helping to heal the pain of war. Over the next twenty five years the Fallen Warriors Foundation delivered hundreds of thousands of dollars of medical and educational goods to the poorest of the poor, in tiny Vietnam villages. The purpose of the organization is to honor the memory of American soldiers and help heal the wounds of war.

Jack returned with Colleen to Vietnam in the early 1990s. He would visit several times. One year he took doctors and nurses to Vietnam to provide care for the poorest of the poor. Another year he led a group of disabled veterans back to where they once fought. He also tracked down a villager whom he credits with saving his life.

Estes, who retired as a regional manager for a national commercial real estate firm, attended Portland State and Southern Illinois University. He became a National Collegiate Speech Champion, talking about war and the mental and physical damage it does to soldiers and their families.

Jack and Colleen have three grown children and reside in Lake Oswego, Oregon. 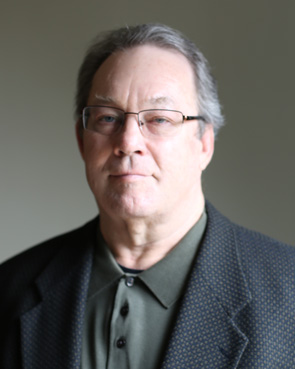